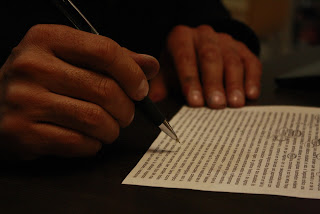 I just want to make this clearI am a believerBut sometimes it gets hardMy name is Dax(Dear God)
Dear GodThere's a lot of questions that I have about the past (can you hear me?)And I don't want hear it from a human you madeSo you're the last person that I'm ever gonna askTell me what's real, tell me what's fakeWhy is everything about you a debate? (Why?)What's the point of love?Every time I've showed itI was broken and it's forced me just to only wanna hateWhy's there only one you but multiple religions? (Why?)Why does every conversation end in a division? (Why?)Why does everybody want to tell us how to liveBut they won't listen to the same damn message that they giving? (Fuck them)Tell me how to feel, tell me what's wrongI tried to call, pick up the phone (pick up), I'm on my ownEverybody says you coming backThen man why the hell's it taking so long?Why do I hurt? (Why?)Why is there pain?Why does everything good always have to change? (Why?)Why does everybody try to profit off another man's workThen destroy it just for monetary gain? (Fuck them)Tell me are you black or are you white?I don't even really care I just really want to know what's rightThey been saying one thing but I've been looking in the bookAnd it seems like they've been lying for my whole damn lifeTell me where I'm going (where?)Is it heaven or hell?I just hope this message greats you wellI had a dream that I was walking with the devilDon't remember how it feels but I swear that I remember the smellLooked me right into my eyes and told me everything I wantedCould be mine if I gave up and decided to sellBut I said I'd rather die then get mine now I'm hereNo fear one man with a story to tell
Dear God, where were you when I needed it?When I fucked up and repeated it?When they set the bar and I exceeded it? (Where were you?)My life is like a book that they've been judging by a coverBut have never took the time to fucking read the shit (fuck 'em)I remember telling you my goals and my dreamsBut you didn't even answer so I guess you didn't believe in itI remember sitting with a gun to my head trying to askYou for some help but I guess you didn't believe in it!I don't want religion I need that spiritualityI don't want a church I need people to call a familyI don't wanna tell my sins to another sinner justBecause he's got a robe and he went to some academyI don't wanna read it in a book, I wanna hear it from youDon't wanna learn it in a school because they're hiding the truthDon't wanna talk about it to another fucking human beingAnd that's only reason that I even stepped in this booth
Dear GodHow do I take this darkness and turn it into light?How do believe in a concept where I speak to a manI've never seen with my own two eyes?How do I know that religion wasn't madeJust to separate the world and create a whole disguiseJust to keep us in these chains while the rich get richerAnd the poor pray to you and perpetuate a lie?How do I know this ain't some big joke? (How?)How can I have faith when there is no hope? (How?)How the hell does one man have a hundred billion dollarsAnd we still have people on the street that are broke?There's a lot of things I wanna talk about and get off my chestI can't sleep 'cause the devil won't let me restI used to know a fucking pastor in a churchAnd I can still hear the screams of the kids he would fucking molest
Dear God, do you hear me? (Do you hear me?)I'm supposed to fear you but you ain't said shitSo maybe it's you who actually fears me?I don't know the answer I just want to see it clearlySo many lies there's a thousand different theoriesAll I want to know is who really made religionBecause I know it wasn't you but don't nobody believes meNo more lies, no more deathBring back King, bring back XPlease dear God let their souls restProtect who's left and watch their steps
Dear GodI don't want to have to ask you againI just hope that you know that I'm still a believerSo I'll end this all by saying, "Amen"It's Dax
Source Lyricfind
By Oluwaseyi johnboyloaded
Share to:

kindly leave a comment if you have a suggestion or addition to this post.. thank you very much