WWE MONEY IN THE BANK RESULTS 2021 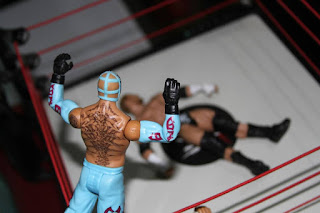 THE MYSTERIORS vs THE USOS FOR SMACK DOWN TAG TEAM CHAMPIONSHIP:                           It was really exciting to see Dominik Mysterio and Rey Mysterio in the ring teaming together to fight against the Usos. At first,the Usos were taking over the match,they were having the upper hand but as time went on,Rey tagged Dominik giving him permission to enter into the ring with Jimmy Uso.He attacked Jimmy with a very strong springboard moonsault but his reign didn't last long as Jimmy got back on his feet swinging him into the ringside,then Rey was tagged and he went on brief run with Dominik.Jey Uso eventually pinned Rey to the floor and Jimmy Uso put his feet on Jey's back to help secure the pin making the pin successful.          THE USOS WON THE SMACKDOWN TAG TEAM CHAMPIONSHIP. 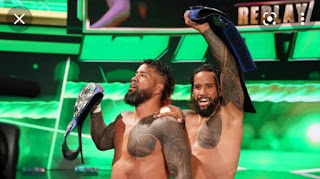 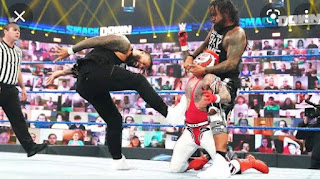 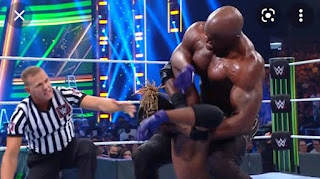 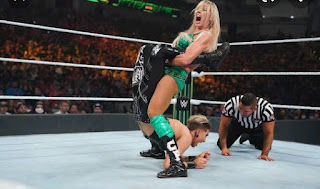 After alot of fight between the women,Tamina was the first to actually take control of the match as she slammed Alexa Bliss and attacked other competitors but as time went on Alexa got back on her feet and caused an uproar from the crowd as she used her hypnosis on Zelina Vega making her climb down the latter then Tamina and Natalya with every other competitors turned their attention to Bliss and they attacked her and buried her under the ladders by the ringside.To our greatest suprise,as all the women were fighting on the ladder,Nikki Ash who claims to be a superhero and can fly climbed over everyone to grab the briefcase and she emerged the winner.                                NIKKI ASH WON THE WOMEN'S MONEY IN THE BANK. 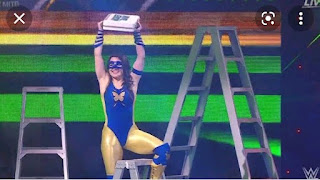 RICOCHET vs JOHN MORRISON vs RIDDLE vs DREW MCINTYRE vs Big E vs KEVIN OWENS vs SHINSUKE NAKAMURA vs SETH ROLLINS FOR THE MEN'S MONEY IN THE BANK:                            The match started with Rollins and Morrison arguing and then Ricochet and Riddle was seen both flying in on Rollins and Morrison,then after they both recovered from the fall,they were both working together to take out the other wrestlers.           Morrison helped Rollins to hit Kevin Owens and eventually as it was expected, Rollins attacked Morrison by using a ladder to hit him.Drew McIntyre took over now as he slammed Ricochet into a ladder but as McIntyre continued,Jinder Mahal and Veer and Shanky came from the backstage and attacked McIntyre, dragging him to the back.A lot happened after as Ricochet was seen flying on the group of wrestlers outside. 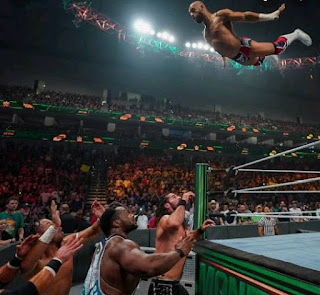 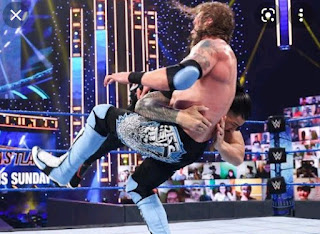 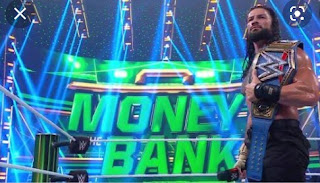 After Roman Reigns took the microphone and finished speaking,John Cena made an epic entrance as he made his return to WWE.Cena's music was heard and he started running towards the ring and after stepping into the ring with out saying any word ,he made a hand gesture "You can't see me" to Roman Reigns and the crowd went wild. 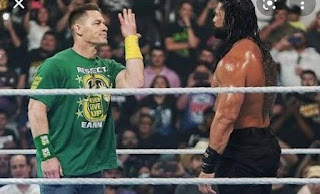 kindly leave a comment if you have a suggestion or addition to this post.. thank you very much